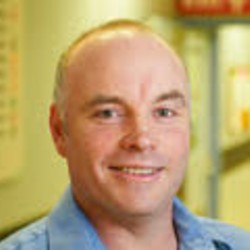 Professor Wayne Hawthorne is the President of the International Xenotransplantation Association (IXA) and President of the Australasian College of Biomedical Scientists. He is the Director of the clinical and experimental islet isolation and xeno-transplant research teams at Westmead; appointed as laboratory director in 2001 on Australia's First Clinical Islet Transplant program at Westmead; his team were the first in Australia to perform both allo and auto islet cell isolation and transplantation and to perform islet after kidney and combined islet/kidney transplants in patients. He was one of the founding researchers of the Centre for Transplant and Renal Research where he remains responsible for experimental surgical research projects. In 2003 he became the Inaugural winner of the McKenzie Fellowship for Transplantation from the Transplant Society of Australia and New Zealand (TSANZ). In 2007, he was awarded A “Key Opinion Leader” in transplantation by The Transplantation Society International. In 2010 he was awarded the prestigious XENOME Award for transplantation from the European Union, at the 16th Nantes/Actualités/Transplantation in France. In 2011 he was promoted to Associate Professor, Department of Surgery, Westmead based on his continued work developing transplantation treatments for patients with Type 1 diabetes. Since this time he has built on the experimental research program’s achievements, resulting in his award of the 2014 Kidney Health Australia and the TSANZ “Best Research in the Field of Laboratory Research” for his work on developing novel strategies for Islet Cell Xenotransplantation in preclinical studies. More recently he was awarded a 2015-16 Australia-Harvard-Fellowship to further develop his skills in islet auto-transplantation at Harvard University and Beth Israel Deaconess Medical Center, Boston, USA. He is the Chair of the Organising Committee for the combined IXA/CTS 2021 congress and is on a number of abstract review committees for Scientific meetings of both the International and National Transplant Societies. Wayne has been Convener and Organiser of the TSANZ postgraduate training course and the previous Congress of the Transplantation Society International.